Picture Abhi Baki Hai is the journey of Amar Joshi (Sunil Shetty) who runs a video library in banaras and aspires to be a film maker. Despite facing objection from his father Amar Joshi decides to sell his video library and joins a film Institute in London. After completing his course he lands in the city of dreams “Mumbai” to make his film. Suraj (Rajpal Yadav) is a struggling actor doing bit roles in T.V. serials, who Is Amar’s only connection in Bollywood. Amar Joshi starts his struggle to make his film by meeting different type of producers who have their own take on Amar’s story. After many failed attempts He finally bumps into Monty Chadda (Rakesh Bedi) a P.R. Publicity man who sees good potential in Amar and decides to produce his film. Amar & Monty take help of star secretary Guptaji (Akhil Mishra) to convince Mohini (Udita Goswami) & her starry mother Mummyji (Neena Gupta) who agrees to do the film. 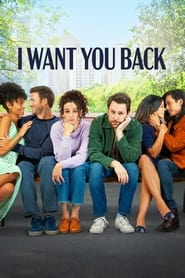