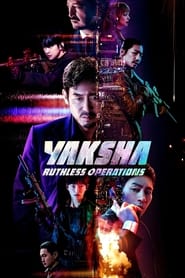 IMDb: 6.2 2022 125 min 52 views
Nicknamed after a human-devouring spirit, the ruthless leader of an overseas black ops team takes up a dangerous mission in a city riddled with spies.
ActionKorean 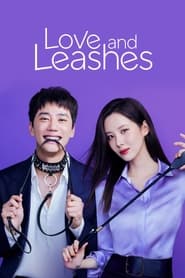 IMDb: 6.5 2021 136 min 130 views
When the crew of a space junk collector ship called The Victory discovers a humanoid robot named Dorothy that’s known to be a weapon of ...
DramaFantasyKoreanScience Fiction

IMDb: 4.2 2020 97 min 54 views
In the fall of 1987, a group of small-town friends must survive the night in the home of a sinister couple after a tragic accident occurs. ...
HorrorKoreanThriller

IMDb: 6.3 2020 135 min 161 views
Wanting to leave their dystopian world behind for a faraway paradise, three outlaws plot a money heist — and draw the attention of a vicious killer.
CrimeKoreanScience FictionThriller

IMDb: 7 2020 108 min 86 views
The destinies of hard-luck lowlifes slowly converge and come crashing down: Jung-man barely gets by working at a sauna and taking care of his ...
KoreanMysteryThriller

IMDb: 8.5 2019 133 min 839 views
All unemployed, Ki-taek’s family takes peculiar interest in the wealthy and glamorous Parks for their livelihood until they get entangled ...
ComedyDramaHindi DubbedKoreanThriller

The Gangster, the Cop, the Devil

The Gangster, the Cop, the Devil

IMDb: 7 2019 111 min 144 views
A drug squad attempts to take down a criminal organization and they must go undercover to do so, so they begin working at a chicken restaurant, ...
ActionComedyHollywoodKorean

IMDb: 7.6 2018 102 min 50 views
After David Kim’s 16-year-old daughter goes missing, a local investigation is opened and a detective is assigned to the case. But 37 hours ...
CrimeDramaHindi DubbedKoreanMysteryThriller

IMDb: 7.3 2018 138 min 114 views
South Korea, 1993. An agent of the National Intelligence Service is sent to Beijing with the assignment of infiltrating a group of North Korean ...
DramaHistoryKoreanThriller

IMDb: 7.4 2017 108 min 203 views
Seoul, South Korea, 1997. When the young but extremely anxious student Jin-seok, his parents and his successful older brother Yoo-seok move to a ...
DramaKoreanMysteryThriller 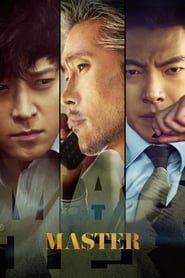 IMDb: 7.6 2016 118 min 174 views
Martial law is declared when a mysterious viral outbreak pushes Korea into a state of emergency. Those on an express train to Busan, a city that ...
ActionHorrorKoreanThriller 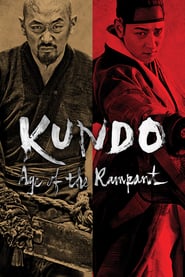 Kundo: Age of the Rampant

Kundo: Age of the Rampant

IMDb: 6.8 2014 137 min
In 1862, amidst the rule of the late Joseon dynasty in Korea, a band of fighters named Kundo rise against the unjust authorities.
ActionDramaKorean

IMDb: 7.2 2014 111 min 205 views
On the way to his mother’s funeral, a detective accidentally hits a person with his car. He takes the body with him and puts it into his mother’s ...
ActionCrimeKoreanThriller

IMDb: 7.4 2013 119 min 39 views
A woman’s child is kidnapped and killed after paying the ransom. 15 years later, a mysterious figure is seen visiting the site of killing ...
KoreanThriller

Miracle in Cell No. 7

Miracle in Cell No. 7

IMDb: 8.1 2013 127 min 120 views
A story about a mentally ill man wrongfully accused of murder and his relationship with his lovingly adorable 6 year old daughter.
ComedyDramaKorean

IMDb: 7 2012 119 min 130 views
On the day the 15-year statute of limitations expired on a high profile serial murder case that claimed the lives of 10 women, a family member of ...
ActionHollywoodKoreanThriller

IMDb: 6.6 2012 96 min
A contract killer becomes disenchanted with his line of work and spares the lives of his two latest would-be-victims. But the assassination ...
ActionDramaKorean

I Saw the Devil

I Saw the Devil

IMDb: 7.8 2010 144 min 327 views
Kyung-chul is a dangerous psychopath who kills for pleasure. He has committed infernal serial murders in diabolic ways that one cannot even ...
HorrorKoreanThriller

IMDb: 7.4 2006 110 min 136 views
An elite Interpol agent Jeong-woo and a ruthless hitman Park-yi, both stationed in Amsterdam and are in love with the same young woman, ...
DramaKoreanRomance

IMDb: 8.4 2003 120 min 74 views
With no clue how he came to be imprisoned, drugged and tortured for 15 years, a desperate businessman seeks revenge on his captors.
ActionDramaHindi DubbedKoreanMysteryThriller