IMDb: 7.2 2017 131 min 583 views
Avinash/Seenu is a street urchin brought up by his loving adoptive parents Saru and Prakash. The love of his life is the girl he meets during ...
ActionFamilyHindi DubbedMusicRomance

IMDb: 4.2 2017 140 min 4 views
A happy-go-lucky-guy falls in love with the sister of a ruthless gangster. How does the former convince his lover’s brother?
ActionComedyHindi DubbedRomance

IMDb: 5.9 2017 165 min 164 views
When a group of Indian and Pakistani nurses are held hostage in Iraq by the militant Abu Usman, Indian Intelligence (RAW) track down the ...
ActionBollywoodThriller

IMDb: 6.6 2017 88 min 103 views
A rookie cop joins the crime branch of the Mumbai police department, and on his first assignment is faced with the dilemma of whether he should ...
BollywoodThriller

2017 129 min 51 views
A series of murders are happening in the city, and a cop realises that they are all eerily similar. Can he find out the link and capture the ...
ActionHindi DubbedScience FictionTamilThriller

IMDb: 5.4 2017 7 views
Pushpavalli was supposed to finish her Food Science degree and marry a Brahmin man that her mother approved of. All that changed after meeting ...
ComedyDrama

2017 152 min 64 views
Rey develops her newly discovered abilities with the guidance of Luke Skywalker, who is unsettled by the strength of her powers. Meanwhile, the ...
ActionAdventureHollywoodScience Fiction

Jumanji: Welcome to the Jungle

Jumanji: Welcome to the Jungle

IMDb: 6.9 2017 119 min 123 views
The tables are turned as four teenagers are sucked into Jumanji’s world – pitted against rhinos, black mambas and an endless variety ...
ActionAdventureComedyFantasyHollywood 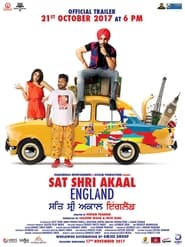 2017 150 min 600 views
Fishermen struggle to make a living along the banks of the Haldaa River.
BengaliDrama

IMDb: 5 2017 6 views
The story of famous bollywood actress, Sana Sanyal; her ups and down, her relationships, and the naked truth of Bollywood life.

IMDb: 6.5 2017 135 min 125 views
A year after the first movie, the four friends are enjoying their lives to the fullest, get in trouble once again with Bholi, who is released ...
BollywoodComedyDrama

2017 18 views
Simple homemaker Rohini decides to take on the role of a detective, after her superstar husband Ranojay is accused of murdering of his co-actor.
Mystery

The Shape of Water

The Shape of Water

IMDb: 7.3 2017 123 min 77 views
An other-worldly story, set against the backdrop of Cold War era America circa 1962, where a mute janitor working at a lab falls in love with an ...
DramaFantasyHollywoodRomance

IMDb: 4.4 2017 98 min 368 views
Firangi is a Hindi movie starring Kapil Sharma and Ishita Dutta in prominent roles. Set in 1920, it is a period drama directed by Rajeev Dhingra, ...
BollywoodDrama

IMDb: 7.4 2017 108 min 164 views
Seoul, South Korea, 1997. When the young but extremely anxious student Jin-seok, his parents and his successful older brother Yoo-seok move to a ...
DramaKoreanMysteryThriller

IMDb: 2.4 2017 137 min 144 views
Julie, a simpleton, follows through with her dream of becoming an actress and rises to stardom. However, she is soon introduced to the murky ...
BollywoodDramaRomanceThriller

IMDb: 8 2017 99 min 103 views
In a village affected by climate change and scanty rainfall, a blind farmer strikes a deal with the debt recovery agent to save his son from a ...
BollywoodDrama

IMDb: 4 2017 97 min 4 views
All goes well for a group of friends and their respective romantic partners when they fall in love. However, things start taking a dark turn when ...
BollywoodDrama

IMDb: 8.8 2017 9 views
The man. The legend. The mystery. He fascinated us in life, and long after his “death”. This is the story of India’s biggest ...
DramaMystery

IMDb: 3.6 2017 117 min 124 views
A love triangle where everybody is blackmailing the other two gets a nasty upset when one of them is suddenly found murdered.
BollywoodRomanceThriller

IMDb: 5.3 2017 134 min 91 views
An ace shooter returns to his village to spend time with his family. While his love life soars, with him falling for a girl preparing for IPS ...
ActionBollywoodRomance