IMDb: 5.2 2003 115 min 116 views
The story is about a young girl, Kaya (Udita Goswami) , living in the beautifully serene valley of Spiti, waiting to join a Buddhist monastery, ...
ActionBollywoodRomanceThriller

IMDb: 8.1 2003 156 min 71 views
A gangster sets out to fulfill his father’s dream of becoming a doctor.
BollywoodComedyDrama

IMDb: 4.9 2003 150 min 61 views
Major Ram is one of the few soldiers from the Indian Army who have been held captive in Pakistan, following the war with India. The Indian army ...
Bollywood

The Lord of the Rings: The Return of the King

The Lord of the Rings: The Return of the King

IMDb: 8.9 2003 201 min 53 views
Aragorn is revealed as the heir to the ancient kings as he, Gandalf and the other members of the broken fellowship struggle to save Gondor from ...
ActionAdventureFantasyHollywood

2003 120 min 17 views
With no clue how he came to be imprisoned, drugged and tortured for 15 years, a desperate businessman seeks revenge on his captors.
ActionDramaHindi DubbedKoreanMysteryThriller

IMDb: 3.3 2003 145 min 88 views
A man named Jaswinder (Ritesh Deshmukh) goes to the United States of America promising his parents that he will return soon and his sister ...
BollywoodComedyDramaRomance 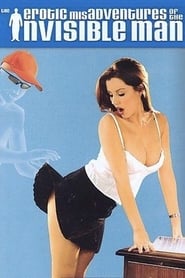 IMDb: 4.3 2003 99 min 38 views
When Norman, an aspiring actor, can’t find an open door in Hollywood he gets rather dispirited. But he gets a new lease on life when he discovers ...
18+ AdultComedyScience Fiction

IMDb: 5.1 2003 155 min 78 views
Tina Saxena lives a wealthy life-style with her widowed businessman dad. One day, all of a sudden, she gets a nasty shock when her dad informs ...
Bollywood

IMDb: 8 2003 188 min 75 views
In the days leading up to Partition, a Hindu woman is abducted by a Muslim man. Soon, she finds herself not only forced into marriage, but living ...
BollywoodDrama

IMDb: 6 2003 163 min 71 views
The story of a girl in a small North Indian town who is an obsessive fan of top Hindi movie star Madhuri Dixit, and dreams of moving to Mumbai to ...
BollywoodComedyDrama

IMDb: 7.4 2003 183 min 70 views
After dedicating their whole life in upbringing their children, elderly couple Raj Malhotra and Pooja gets homeless. Instead of caring, their ...
BollywoodDrama

IMDb: 2.3 2003 100 min 94 views
The fashion world meets the underworld in BOOM, written and directed by Kaizad Gustad and produced by Ayesha Shroff under the banner of Quest Films
ActionBollywoodDramaThriller

IMDb: 7 2003 122 min 52 views
Vampires and werewolves have waged a nocturnal war against each other for centuries. But all bets are off when a female vampire warrior named ...
ActionAction & AdventureFantasyHollywoodThriller

IMDb: 3.6 2003 160 min 104 views
Muskaan is a prostitute in one of Hyderabad’s brothels, owned by Lalabee. But she is a prostitute not by choice, but bad luck. When she was ...
BollywoodDrama

IMDb: 7.8 2003 157 min 67 views
An SP Amit Kumar who is given charge of Tezpur police station in Bihar. The area is full of corruption, inefficiency, bribery, nepotism, ...
BollywoodCrimeDrama

IMDb: 7.1 2003 132 min 77 views
Radhey is a poor, low caste Hindu with a bad temper, who often gets into fights. One fight puts him in the hospital with head injuries which ...
BollywoodRomanceThriller

IMDb: 5.3 2003 163 min 76 views
Two friends of a man help him avenge his father’s death. Years later, he reunites with his friends who have now become criminals. What they ...
ActionBollywoodCrimeDrama

IMDb: 7.1 2003 171 min 77 views
A developmentally disabled man meets an extraterrestrial after a huge spacecraft leaves it behind.
ActionBollywoodDramaScience Fiction

Ek Aur Ek Gyarah: By Hook or by Crook

Ek Aur Ek Gyarah: By Hook or by Crook

IMDb: 4.8 2003 135 min 68 views
‘Chori Chori’ is a romantic film telling the story of Ranbir (Ajay Devgan) and Khushi (Rani Mukherjee) who are as different as chalk ...
BollywoodComedyDramaRomance

IMDb: 7.5 2003 153 min 82 views
The story of a bunch of misfits whose misconception about each other’s backgrounds leads to a series of chaotic, yet comic outcomes. Aftab and ...
BollywoodComedy

Pirates of the Caribbean: The Curse of the Black Pearl

Pirates of the Caribbean: The Curse of the Black Pearl

IMDb: 5.7 2003 68 views
Tanya is a rich woman who is married to another rich man named Vinod. But their lives change by Vinod’s death. Tanya than starts falling in ...
Bollywood

Terminator 3: Rise of the Machines

Terminator 3: Rise of the Machines

IMDb: 5.7 2003 127 min 69 views
Avinash(Anil Kapoor) went to Calcutta for no reason. After meeting with Reema (Rani Mukherjee), he starts having flashbacks about his past and ...
BollywoodThriller