Suraj Singh is a wrestler by profession and has the misfortune of falling in love with wealthy Yashpaul Chaudhary’s daughter Komal. When Yashpaul learns of there relationship he arrogantly disagrees of his daughter’s choice but Komal refuses to accept her dad’s word and gets married to Suraj without the blessings of Yashpaul. Aggravated by his daughter’s act Yashpaul connote some negative scenes which spoil Suraj’s character in the eyes of Komal resulting in the couple’s separation. Before separation, Komal has given birth to a baby boy, which Yashpaul had wanted to kill but Suraj escapes with the child and single-handily brings him up in a poor environment. Years later Komal will return and demand that her child is handed over to her even if having to appeal to the judicial system. 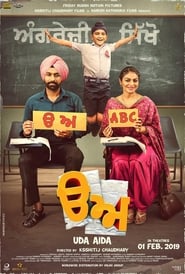