The PowerPlay League is around the corner and Bhaisaab steps out of the shadows and showcases the extent of his clout and control. But how many adversaries can he antagonize before karma comes full circle? Zarina’s on top of her game as she sashays into her new film’s launch party with Vayu on her arm. With Bhaisaab in her corner, the sky’s the limit for her aspirations. Vayu has a chance encounter with Mantra, the new owner of the Mumbai Mavericks. Bhaisaab strikes an unofficial deal with the Home Minister, who wants to buy a PPL team but Ayesha Dewan attempts to throw a spanner in the works. Arvind, retired and grieving. in Jamaica, is approached by Handa in a final bid to beg him to return to the PPL as the Hurricanes’ captain. Meanwhile Prashant is being haunted by ghosts of his past. As the teams go into auction-planning mode, the storm gathers. 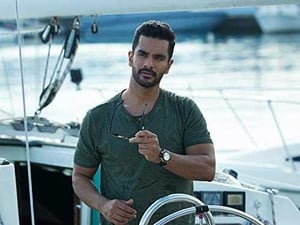