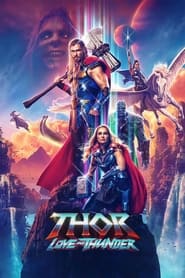 2022 365 views
After his retirement is interrupted by a galactic killer who seeks the extinction of the gods, Thor enlists the help of King Valkyrie, Korg, and ...
ActionAdventureFantasyHollywood

IMDb: 7 2013 143 min 54 views
A young boy learns that he has extraordinary powers and is not of this earth. As a young man, he journeys to discover where he came from and what ...
ActionAdventureFantasyHollywoodScience Fiction

IMDb: 8.5 2000 155 min 14 views
In the year 180, the death of emperor Marcus Aurelius throws the Roman Empire into chaos. Maximus is one of the Roman army’s most capable ...
ActionAdventureDramaHollywood