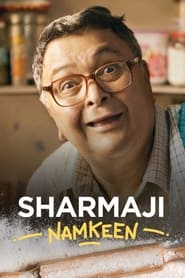 IMDb: 7.8 2022 119 min 23 views
Late Rishi Kapoor in his swansong plays B. G. Sharma, a 58-year old middle-class widower living in West Delhi. After being laid off from the ...
BollywoodComedyDrama

IMDb: 5.4 2019 104 min 108 views
When the body of a powerful businesswoman goes missing from the morgue, the inspector-in-charge hunts for the truth. When he questions her ...
BollywoodMysteryThriller

IMDb: 4.8 2019 135 min 95 views
Two boys go to Mauritius to study and love it so much there, that they are reluctant to return home. Rishi plays Omkar’s dad who turns up ...
BollywoodComedyDrama

IMDb: 5.8 2018 129 min 79 views
A father attempts to reconnect with his estranged son through social media, a new world for him.
BollywoodComedyDramaFamily

IMDb: 6.9 2018 140 min 96 views
The youngest son of a Muslim family settled in Benaras gets involved in terrorist activities, leading to a bomb blast massacre. His actions have ...
BollywoodDrama

IMDb: 7.4 2018 107 min 79 views
An unusual love-hate relationship between a 75-year-old son and his 102-year-old father, who wants to break the oldest-man-alive record.
BollywoodComedyDramaFamily

IMDb: 4.1 2017 120 min 81 views
Comedy movie is about a Punjabi and Gujarati family. and their cultural clash. Gujarati is played by Paresh Rawal and Punjabi Played by Rishi Kapoor.
Bollywood

IMDb: 3.1 2016 120 min 95 views
A story about the man who is confused with his love life finds solace in his birthplace with his childhood love.
BollywoodDramaRomance

IMDb: 3.8 2015 126 min 75 views
A road trip, undertaken by Rishi Kapoor and Abhishek Bachchan, is later joined by their mother.
BollywoodComedyDramaRomance

IMDb: 3.6 2013 143 min 77 views
Babli (Ranbir Kapoor) is a street smart car mechanic living in a Delhi orphanage. He is charming and lives life to the fullest. He also steals ...
BollywoodComedyRomance

IMDb: 5.8 2013 141 min 175 views
A journey of three restless young people who junk the society’s syllabus for finding love and decide to follow their heart.
BollywoodDramaRomance

IMDb: 6.5 2013 137 min 74 views
In order to expose Yashvardhan who is dishonest, Ravikant captures his son Ajay and plants his twin brother, Vishal, in his place, as an informer.
ActionBollywoodDramaThriller

IMDb: 5.4 2013 120 min 69 views
Siddharth, Omi, and Jai are close friends and roommates who are studying at Delhi University. Siddharth has completed M.A in Economics and is ...
BollywoodComedyDrama

Student of the Year

Student of the Year

IMDb: 5.3 2012 146 min 105 views
Several alumni reminisce about their final year at St. Theresa’s College and the events that shaped their lives.
BollywoodComedyDramaMusic

IMDb: 5.3 2012 145 min 74 views
Housefull 2 is an upcoming Bollywood action comedy film directed by Sajid Khan and produced by Sajid Nadiadwala. It is the sequel to the 2010 ...
ActionBollywoodComedyRomance

IMDb: 6.9 2012 174 min 76 views
A young boy’s father gets killed unexpectedly by a fierce crowd. After fifteen years, the boy comes back to seek his vengeance.
ActionBollywoodCrimeDrama

IMDb: 2.5 2011 130 min 64 views
After finding she was adopted as child, a young woman sets out to look for her biological parents.
BollywoodFamily

IMDb: 5.6 2011 140 min 76 views
Parghat Singh ‘Gattu’ Kahlon is a middle aged shopkeeper who secretly practices bowling at night in order to keep his dream of ...
BollywoodDrama

IMDb: 3.6 2009 124 min 65 views
Nihal Singh from Chandigarh is a seemingly simple yet unconventional boy. He talks too much, questions everything and builds complicated gadgets ...
BollywoodComedyDramaRomance

IMDb: 6.1 2009 141 min 78 views
A story about love, hope and self-discovery set in the walled city of Delhi (zip code 6) and its chaotic but touching life that forces us to ask ...
ActionBollywoodDrama

IMDb: 7 2009 155 min 67 views
Not wanting the same fate as befell her sisters, Sona Mishra re-locates to Mumbai to try to make a living making movies, but she soon finds that ...
BollywoodComedyDramaRomance

IMDb: 4.9 2008 145 min 66 views
One day they pray to God for help and he does help them. He sends his most mischievous, childlike, lovable angel to the rescue, with a mission to ...
BollywoodComedyDrama

IMDb: 7.1 2007 131 min 73 views
Indian-born Manmohan Malhotra decided to re-locate to London, England, established himself, returned to India, got married to Bebo, and after a ...
BollywoodDramaRomance

IMDb: 7.2 2006 168 min 161 views
Zooni Ali Beg (Kajol) is a blind Kashmiri girl who travels without her parents for the first time with a dance troupe to Delhi to perform in a ...
ActionBollywoodDramaRomanceThriller