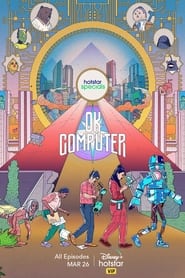 IMDb: 7.6 2020 132 min 248 views
Nandan Kumar comes across a suitcase and discovers it is full of cash. He takes the suitcase and soon finds himself being chased by a notorious ...
BollywoodComedy

IMDb: 5.8 2020 31 views
Set during the 1950s, the six-part series tells the story of a young woman’s search for love and identity in a newly independent, post-Partition ...
Drama

IMDb: 8.2 2019 83 views
As Delhi reels in the aftermath of a gang rape, DCP Vartika Chaturvedi leads a painstaking search for the culprits. Based on the 2012 Nirbhaya case.
Drama

IMDb: 8.2 2018 84 views
The iron-fisted Akhandanand Tripathi is a millionaire carpet exporter and the mafia don of Mirzapur. His son, Munna, is an unworthy, power-hungry ...
Action & AdventureCrime

IMDb: 7.8 2016 12 views
Follows the life of Vipul Goyal , a Stand Up comedian. As the tagline says “The drama behind the comedy”
ComedyDrama

IMDb: 7.6 2014 74 min 75 views
The play depicts the lives of seven people living in Mumbai, all with their own uniquely moving story. It tries to capture the essence of people ...
BollywoodDramaFamily

IMDb: 2.9 2009 98 min 68 views
A film unit goes for a shoot deep into a forest, they settle at a place with bare minimal facilities run by a strange and quirky man called Setu.
BollywoodHorrorMystery