IMDb: 6.3 2021 131 min 13 views
As a collection of history’s worst tyrants and criminal masterminds gather to plot a war to wipe out millions, one man must race against time to ...
ActionAdventureHollywoodMysteryThrillerWar

IMDb: 6.8 2015 148 min 226 views
A cryptic message from Bond’s past sends him on a trail to uncover a sinister organization. While M battles political forces to keep the secret ...
ActionAdventureHollywoodThriller

IMDb: 8.1 2011 130 min 93 views
Harry, Ron and Hermione continue their quest to vanquish the evil Voldemort once and for all. Just as things begin to look hopeless for the young ...
AdventureFantasyHollywood

IMDb: 7.7 2010 146 min 73 views
Harry, Ron and Hermione walk away from their last year at Hogwarts to find and destroy the remaining Horcruxes, putting an end to ...
AdventureFantasyHollywood 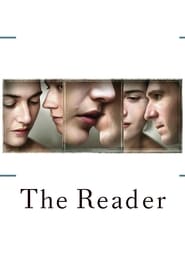 Harry Potter and the Goblet of Fire

Harry Potter and the Goblet of Fire

IMDb: 8.9 1993 195 min 65 views
The true story of how businessman Oskar Schindler saved over a thousand Jewish lives from the Nazis while they worked as slaves in his factory ...
DramaHistoryHollywoodWar