IMDb: 4.1 2015 159 min 76 views
A Kabaddi player rescues a young woman from an unwanted marriage and hides her in his home.
ActionBollywoodDramaThriller

IMDb: 5 2013 138 min 73 views
A common man who transforms into a gangster revolts against the very system he once obediently followed by declaring war on the police, the ...
ActionBollywoodCrimeDrama

IMDb: 4.2 2012 139 min 112 views
A father who runs a marriage bureau believes that his son is a failure in life. In order to prove him wrong, his son takes on the task of finding ...
ActionBollywoodComedy

IMDb: 4.6 2011 134 min 97 views
Lovely Singh is extremely respectful of Mr Rana and his daughter Divya. While appointed as Divya’s bodyguard, he falls in love with a girl ...
ActionBollywoodComedyDramaRomance

IMDb: 2.1 2008 142 min 60 views
Singer/Dancer Monty Oberoi meets and falls in love with Tina. He then starts hallucinating and having visions of an unknown place. His doctors ...
ActionBollywoodDramaRomanceThriller

IMDb: 2.1 2007 127 min 62 views
While on tour in Germany, a rock star falls in love with concert promoter. But when the police arrest him for murder, he must escape and prove ...
BollywoodRomanceThriller 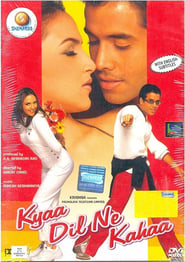 The Legend of Bhagat Singh

The Legend of Bhagat Singh

IMDb: 8.1 2002 155 min 63 views
The Legend of Bhagat Singh is a 2002 Indian historical biographical film about Bhagat Singh, a freedom fighter who fought for Indian ...
BollywoodDramaHistory

IMDb: 4 1998 150 min 85 views
Fearing his death, Ranbir Singh (Salim Ghouse) decides to kill Kohinoor when he is a child, in vain though. After 20 years Kohinoor (Govinda) ...
AdventureBollywoodRomance

IMDb: 5.4 1995 165 min 74 views
Badal (Bobby Deol) is a naive but intelligent young man who comes from a small village to the big city. He is introduced to city life by Damru ...
ActionBollywoodRomance

IMDb: 5.4 1993 126 min 217 views
A frustrated housewife whose marriage to an average man does not meet her expectations enters into an affair with a younger man. Of course, there ...
BollywoodDramaMysteryRomance

IMDb: 7.6 1990 163 min 78 views
Ajay Mehra leaves for Bombay in order to train to become an international boxer. On his return to New Delhi he however found that his brother ...
ActionBollywoodCrimeDrama