IMDb: 7.1 2008 137 min 126 views
Based on a true story, during World War II, four Jewish brothers escape their Nazi-occupied homeland of West Belarus in Poland and join the ...
ActionDramaHistoryHollywoodWar 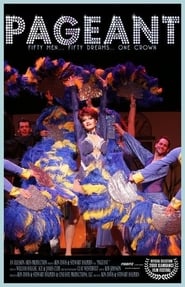 IMDb: 7.3 2008 186 min 125 views
Sanjay a rich tycoon suffering from short term memory loss due to being hit by a metal pole when trying to intervene on his girlfriend’s ...
ActionBollywoodDramaMysteryThriller

The Tale of Despereaux

The Tale of Despereaux

IMDb: 6.1 2008 93 min 109 views
Once upon a time… in the far away kingdom of Dor… lived a brave and virtuous mouse with comically oversized ears who dreamt of ...
AdventureAnimationFamilyHollywood

IMDb: 7.2 2008 167 min 192 views
A lonely 40-ish man, likely to remain a bachelor, has a chance to find the love of his life when he falls for a vivacious young woman.
BollywoodComedyDramaRomance

IMDb: 7.7 2008 126 min 118 views
Lovinder Singh, a thief now in custody and facing trial, reflects on his life of crime while the press reflect on how he managed to get away with ...
ActionBollywoodComedy

IMDb: 4.1 2008 159 min 92 views
Three brothers fight and play games with each other to inherit their father’s wealth.
BollywoodDrama

IMDb: 5.3 2008 122 min 69 views
When Bella Swan moves to a small town in the Pacific Northwest, she falls in love with Edward Cullen, a mysterious classmate who reveals himself ...
DramaFantasyHollywoodRomance

IMDb: 6.5 2008 145 min 158 views
Two straight guys who pretend to be a gay couple to secure a posh Miami apartment fall for their gorgeous roommate. Hilarity ensures as Kunal and ...
BollywoodComedyDramaRomance

IMDb: 6.6 2008 106 min 100 views
Quantum of Solace continues the adventures of James Bond after Casino Royale. Betrayed by Vesper, the woman he loved, 007 fights the urge to make ...
ActionAdventureCrimeHollywoodThriller

IMDb: 6.9 2008 167 min 125 views
A small-town girl finally realizes her dream of becoming a famous supermodel but soon finds out that there’s a price for her glamorous new life.
BollywoodDramaRomance

IMDb: 5.7 2008 140 min 162 views
Havaldar Balkar Singh, Captain Dhananjay Shergill and Lieutenant Sahil Naqvi are amongst numerous fatalities on India’s side in the 1999 ...
ActionAdventureBollywoodComedy

IMDb: 2.3 2008 142 min 107 views
Singer/Dancer Monty Oberoi meets and falls in love with Tina. He then starts hallucinating and having visions of an unknown place. His doctors ...
ActionBollywoodDramaRomanceThriller

IMDb: 4.6 2008 165 min 96 views
A fortnight before her eighteenth birthday, Sonia goes missing. Her family receives a call informing them that she has been kidnapped and her ...
BollywoodCrimeThriller

IMDb: 2 2008 150 min 98 views
Aditya is an orphaned and lonely young man. He soon learns that he belongs to a family of ancestral warriors who guard a mystic source of cosmic ...
ActionBollywoodThriller

IMDb: 8.1 2008 71 min 115 views
In a world where nothing is perfect, isn’t it a nice thought that a single day can be. Waking one Sunday morning, two young lovers make a ...
BollywoodComedyRomance

IMDb: 6.9 2008 134 min 91 views
Mahadev (Shreyas Talpade) is an unemployed graduate with a Bachelor of Arts from Satna college, who is forced to make a living writing letters ...
BollywoodComedy

IMDb: 8.1 2008 103 min 91 views
A retired police commissioner recounts the most memorable case of his career, wherein he was informed about a bomb scare in Mumbai.
BollywoodDramaThriller

IMDb: 7.2 2008 134 min 53 views
The Argentine, begins as Che and a band of Cuban exiles (led by Fidel Castro) reach the Cuban shore from Mexico in 1956. Within two years, they ...
DramaHistorySpanishWar

IMDb: 3.8 2008 119 min 102 views
Hijack is an action thriller. The film revolves around Vikram Madan (Shiney Ahuja) who is a ground maintenance officer at the Chandigarh airport. ...
ActionBollywoodThriller

IMDb: 7.7 2008 144 min 128 views
Aditya, Joe, Kedar and Rob form a rock band, but break up after they fail to make a success of it. They establish regular lives until they decide ...
BollywoodDrama

IMDb: 4.5 2008 105 min 107 views
A traumatized child becomes a political activist but agrees to become an assassin upon being captured.
ActionBollywoodCrimeDramaMusicRomanceThriller

IMDb: 3.2 2008 137 min 99 views
When the Kalakar Theatre Company, a theatre group in Goa, attempts to stage a political drama, the local authorities close down the play and ...
Bollywood

IMDb: 3.6 2008 152 min 109 views
When a rival steals his presentation and takes the credit for making it, a man gets fired from his job and lashes out on God for making his life ...
BollywoodComedyDramaFantasy
Page 1 of 3123